The site material deserves a scene that reveals a global thought, consistent with Catholic orthodoxy, which can provide a remarkable enrichment of Christians’ lives and an effective response to the issues surrounding the culture around us.

The originality of my contribution is based on two fundamental premises: the renewal of metaphysics from the act of being relational and the intensity of the theme of love that “religiously” condenses the thinking and acting of All men, believers or unbelievers in God (read here), with new lights on the presence of original sin that seals idolatrous and sectarian ties of social affiliation . There is a need for considerable reflection to grasp the depth of the conditioning of love and its overthrow due to the original sin to enter into the problems of social and ecclesial relations. (Read here) 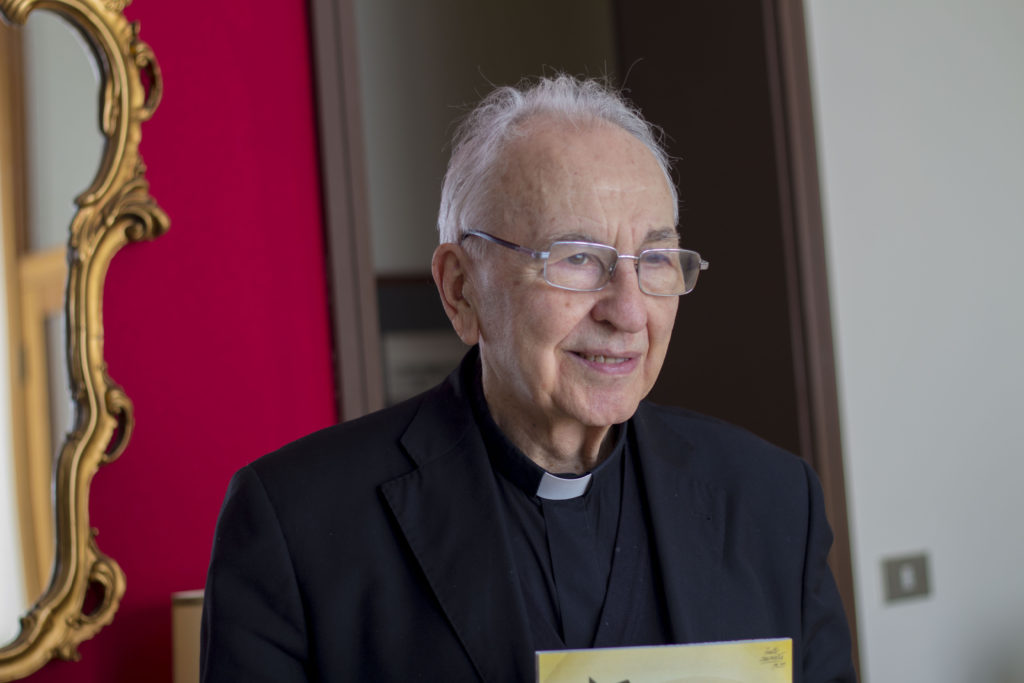 According to such foreword, it is possible to develop a philosophy of history sustained and directed by the ultimate natural aim, at present completely denied by theologians, but recoverable – necessarily – in a new way compared to the past of the essentialist scholastic.

The philosophy of history is fundamental to unite human forces in favour of the development of the civilization according to the divine image according which we have been created. After St. Augustine, theology of history has been studied very occasionally. Even the philosophies of Hegel, Marx or others’ history are, in fact, overthrows of sacred history, secularized messianisms.

Only Maritain has developed a philosophy of history that has inspired the work of Christians in the world for several decades. Such philosophy of history has ended in the ostracism of a post Concilium theology that denies the ultimate natural aim. The result is the almost total lack of a Christian contribution to politics and culture, information, and school, with the exception of some life-related issues from the perspective of morality.

Christians have introduced into history the thrill of charity and, in doing so, they broke unmistakable and static political schemes. However, later in time, they left history in the hands of all the ideologies that followed, and they focused only on religious belonging.

The Gospel has for centuries been relegated to the convents, with few and sporadic exceptions of holy people among the people.

The institutional Church has always preached the contents of faith, but in fact has always proposed a religious practice that did not know the true affliction of the Gospel, only possible with a new commandment that unites hearts on the paths of holiness, on the one hand . On the other hand, this practice did not include the layman’s duty to be exemplary and active citizens in the construction of civilization, according to wisdom, the soul of the philosophy of history. But the ecclesial hierarchy intervened for moral reasons, often though clerical or confessional .

Even today the community perceive laymen as Christians called to take an active part in the mission of the Church. However, the community does not perceive Christians as laymen who have a divine native duty to fulfil the created dimension in communion with all men.

The lay task, which fully immerses itself in the problems of the world, requires holiness of life to overcome the closures and confusion caused by sin. But holiness of life requires paths of holiness (read here, here and here), which for centuries have been achieved through religious vows, not so related to baptism, but to the religious profession.

Today, many charismatic realities show that baptism incorporates Christ and the Church in a primary way, that is to convert the heart from primary belonging to various kinds: religious, ideological, or politically correct. Such primary belonging keep the hearts entrapped in cultural networks so as to render ineffective any exhortation that is not preceded by a valid ecclesial membership. But the mass of believers does not have a primary charismatic belonging.

New evangelization can only be transmitted through a myriad of charismatic primary communion centres, in every parish, and in each place where three or more Catholics find themselves in the faith. How to realize such goal is still to be understood, especially with regard to the concrete way of obtaining a charismatic primary membership.

Founders succeed, but at the socio-sacral level ideologues, evangelical communities, sects, terrorist kamikaze, are also primary members (in their respective groups), while shepherds of the institutional Church exhort and catechize without offering a concrete path to achieve full belonging. The vast majority of Christians do not know what an intriguing kerigma means, which, besides the announcement of the resurrected Christ, leads to a change of deep belonging of men’s hearts in the Kingdom, that is in primary charismatic communion. As I have been able to write to Pope Francis, these concepts are particularly important for young people.

Furthermore, for the sake of humanity, the primary charismatic belonging, necessary to live the Gospel, stimulates the task (activity) of lay faithful as lay faithful to heal the cultural and social realities in which all men live. The nature-grace relationship needs to be revised to develop an effective lay presence in support of civil society, family, honest work, education, art of performing, etc. Generally charismatic realities are of a more spiritualistic or neo-monachal type, with little focus on the native laical duty.

There is always the burden of confessionalism for lay people who are engaged in public agony, or worse, of clericalism. The contribution of St. Josemaría Escrivá and of the Opus Dei he founded are very important because of the possibility of extending the universal calling to holiness with true lay mentality.

To review the nature-grace relationship, you should go through the long historical route that has seen various settings. The most important reconstruction is that of Saint Thomas, but he has left behind some fundamentals. A relevant one is that of the natural desire to see God sicuti est which has required rivers of ink. Through the union between Creation and Alliance in Christ, Vatican Council II has thought to overcome the controversy surrounding this theme. There is no doubt about this, but one must make a decisive distinction: the world and humanity were created with the formal cause of the humanity of Jesus of Nazareth, the son of Mary, the perfect man. The Alliance, in Redemption, has, as the formal cause, the Risen One, new man, with new creation, ontological! Here there is a Christic analogy.

A renewed metaphysics and a deepening of the relationship between nature and grace allow a clear distinction (which is not separation) between religion and faith. Faith in Love (“My Faith is in the Son of God who loved me and he has lived for me”), requires the supernatural, ontological (baptism and sacrament) and gnoseological gifts (gifts of the Spirit Holy), and can only be seen if the new commandment is made visible, not only as a relationship me-you, but as a constitutional charter of the Kingdom of Christ: as a new “us”, which must be charismatic primary communion (that is, by the Holy Ghost): “By this you will be recognized as my disciples.”

It is not enough for the “informant” faith, that of catechism, to be able to claim to live according to the Gospel. The devil knows the Catechism of the Catholic Church very well, but he does not need it to sanctify himself. Unfortunately, there has been little faith among the People of God, relegating the Gospel to the walls of monasteries and convents, linked to religious vows. These are wonderful, a real treasure for the Church, but they are not the only path to holiness. Today there are charismatic realities that start from baptism. We need to understand how easy it is to place every Christian in front of Christ’s sequelae on a path of primary charismatic communion. Only in this way one can face secularity and the sanatio culturae typical of secularity.

The renewal of metaphysics with a new arché, the act of being relational, allows us to penetrate the heart of ontological relationality, of the “us” constitutive not only of the Trinity, but of human life. This is always played in a primary relationship, in tribes and villages, parties and churches, sects and juvenile flocks. Only by taking the awareness of an “us”, which is greater than the sum of the “I” that compose it, it is possible to enter into the heart of the family, of human love, of vital social relationships, of religion. Hence the interest for the family and the human love that accompanied me in parallel to studies on the identity consensus in a primary membership. 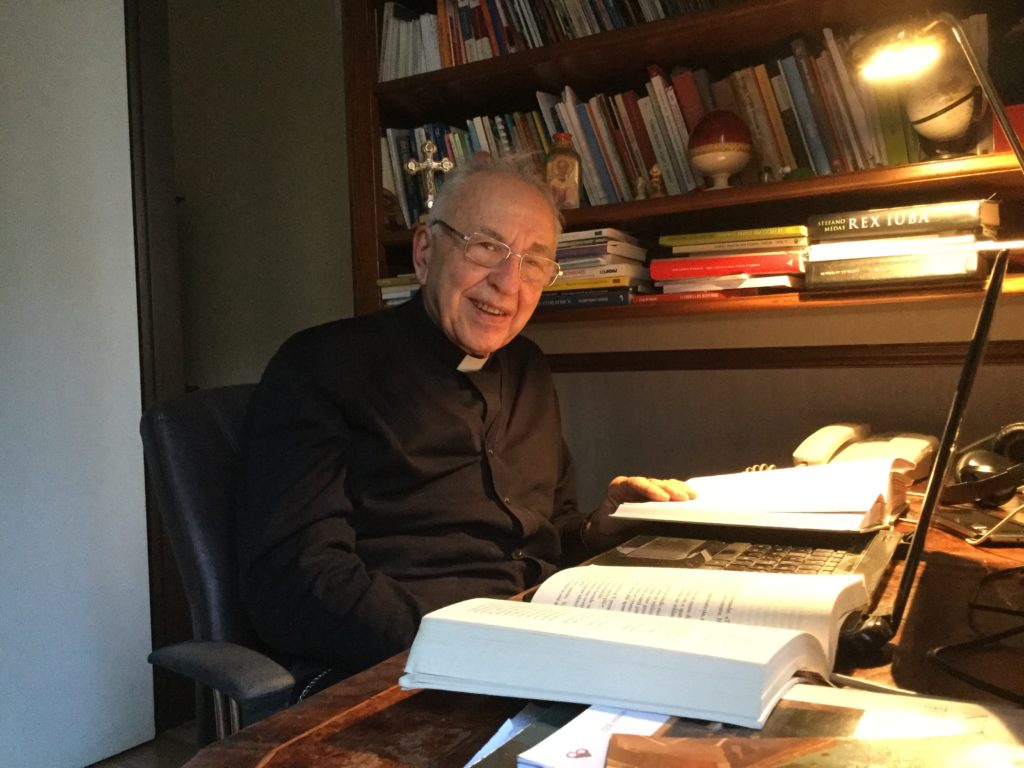